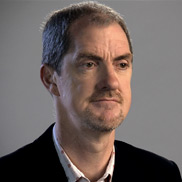 My name is Sebastian Aristos. I am a 48 year old HIV positive gay man. I am working part-time for Telstra and studying a Graduate Diploma of Counselling part-time too. I live with my partner in St Kilda. I have had some experience of public speaking as I have been in recovery from marijuana addiction for over five years and so am accustomed to speaking in front of large groups of people at Narcotics Anonymous meetings. I also spent about 8 years working in Greece and Spain as a teacher of English as a foreign language.

My journey as a HIV positive man began with my seroconversion in 1998. I was fortunate in that by the time I seroconverted, HIV was considered more of a chronic manageable illness rather than a death sentence. I can’t say that I have suffered a lot of discrimination as an HIV positive man. My HIV status was obviously an issue though when I met someone I was interested in romantically and I had to disclose my status. It has really only been a problem with a few people though. My last two partners were HIV negative and didn’t have an issue with me being HIV positive. I have, however, had to confront and deal with feelings of shame and unworthiness as a result of being HIV positive.

My seroconversion really shouldn’t have happened because I was brought up with a safe sex message. It wasn’t as a result of being under the influence of marijuana, although I did experience drug psychosis as a result of marijuana abuse, but rather because of my failure to practise the necessary self-care due to my history being a survivor of sexual abuse as a child.

I have had a lot of support from the gay community in coming to terms with my HIV status. I joined the Positive Living Centre early on and became involved in a peer support group, which was a wonderful experience. I have also taken advantage of health care from medical centres that specialise in dealing with gay men’s health. I am now quite open about my HIV status with my family and most of my friends. Although my family initially discovered my HIV status by accident, they have accepted it now and are very supportive. My story has a happy ending in that my viral load is now undetectable thanks to a very simple and effective daily dose of medication.

As a biomedical scientist, Eric worked on HIV brain research before he contracted HIV. Now his own brain bares the…