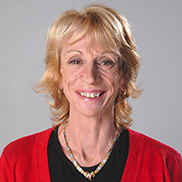 My name is Sandy Porter and I am a proud woman living with HIV.

I grew up in a large, loving family in a small country town. I moved to Melbourne in 1985 following the man of my dreams and along with that a fairytale life that most girls have when in love. I gave birth to my son in 1989 and my daughter in 1990. It was during this time signs appeared that my relationship with my partner was under stress but it wasn’t until I became sick that the truth came out. In 1994 I was diagnosed HIV Positive. Today I can reflect on my journey of living with HIV.

From the early time of my diagnosis it bought fear, discrimination and stigma. This mind space did not come from those close to me but from within me. The more I learnt about HIV I found I was more forgiving of myself.

Every day was like running a marathon. I was now a single mum struggling to bring up two children, fighting a virus that wanted to take my life and dealing with toxic HIV medication until finally I was diagnosed with an AIDS defining illness in 1999. This was not going to stop me but made me more determined to live.

I decided to do public speaking because at the time of my diagnoses I felt very naïve regarding HIV, I thought my life was safe from the risks of catching this virus and yet here I was – it happened to me.

I worried constantly my children would suffer because of something that was inflicted upon me. I felt this incredible need to educate the wider community about HIV. Being a mum of two children had a lot to do with this. I found it important to stand up and not just be a victim of this virus. I needed to talk – not only about HIV but also issues around safer sex and prevention. I need to teach communities so that fear does not become stigma and discrimination. This is very important to me. I have found that this has not only helped me, but also my children.

In 2001, I joined the Living Positive Victoria Positive Speakers Bureau and attended a public speaking training day. Since then I have been speaking to various groups regarding my personal experience of living with HIV. I have found speaking publicly to be a very positive and empowering experience. It has improved my confidence and enabled me to challenge myself and opened up many opportunities I may never have had.

Today my life is better than I would ever have imagined. My children have grown into well adjusted supportive and loving young adults. I have also found happiness in a relationship with a very nurturing, good, honest man. But that’s a whole new and different story.

My name is Patrick and I would like to share my story with you. I am not very good with…

It can be difficult describing me as a person without including HIV, or having it define who I am. I…