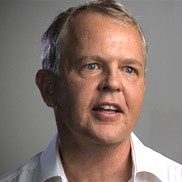 Peter caught HIV in 1985 at the age of 18 in Melbourne after just two sexual risk exposures: unprotected sex once with a man and also once with a woman. Is his 30th anniversary since that infection something that he will celebrate?

Peter works as a documentary freelancer for ABC Radio National. He is also a creative writer having been published in The Age as well as various literary journals.

Peter is a father. His marriage of ten years ended in friendship in 2004.

In 2004, Peter commenced for the first time pharmaceutical treatments for HIV. He often wonders just why he survived the earlier period of HIV/AIDS (late 80’s and 90’s) when so many others that he knew died then. He embraces the new found optimism of the new and improved treatments.

Peter is one of the founding members of a support group for heterosexuals living with HIV in Victoria called Straight Arrows. He is a regular speaker about HIV and other blood borne viruses in Victorian secondary schools.

As a biomedical scientist, Eric worked on HIV brain research before he contracted HIV. Now his own brain bares the…