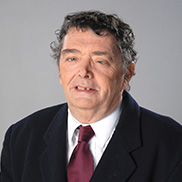 I am an AIDS activist, facilitator, trainer and community-based volunteer  coordinator of an HIV and Hepatitis C support and education group based in Warrnambool .I have been living with HIV for over twelve years. I first started speaking out about HIV/AIDS after my status was disclosed in 2001 and at which time I underwent gross discrimination  and defamation and also had my house spray painted with the words “HIV positive and faggot” and letters sent to my church saying I was a child molester and HIV positive. So the fight began and the support group “breaking the chains” was conceived.

That was when I first became involved with People Living with HIV/AIDS Victoria and was supported and encouraged during this difficult time. Living Positive Victoria also provided advocacy on my behalf and this helped to put an end to the ongoing problems. I  then became involved with the Living Positive Victoria Speakers Bureau and through their training began speaking in our local schools, many forums and community awareness education projects in our community around prevention, discrimination and stigma.

I have completed a Certificate 1V Assessment and Workplace Trainer course which now gives me the opportunity to present education modules and has given me the skills to present training and create modules around the complexities of chronic illness and the common denominators with other chronic illnesses and HIV i.e. symptoms, medication and lifestyles etc.

I have also completed courses in Hepatitis C, HIV pre and post test counselling and a Certificate 4 in disability care work and also a telephone counselling course with AIDS Hepatitis & Sexual Health Line.
I have spent the last 4 years fighting paralysis in my right side due to my HIV related symptoms and complications.

I am blessed to say that I am now able to give something back to the community.

With all of this I believe I can only value add to the community and only help to educate in the adult education fields despite my disability.

All these achievements would not have been possible if not for support groups like Living Positive Victoria, Straight Arrows and of course my care package from the Brotherhood of Saint Laurence.

The person centred approach adopted by these organizations has been life changing.

My name is Glenn Filbin and I was diagnosed HIV Positive in 1997. I am about to turn 52 and…

My name is Sandy Porter and I am a proud woman living with HIV. I grew up in a large,…