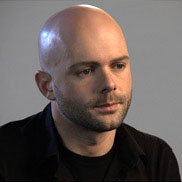 My name is Dean Camilleri and I’m 29 years old. I was born in Melbourne, Victoria and raised in the Western suburbs. My parents are both Maltese and they got divorced when I was 12 years of age. Also around this age I started to work out that I was gay and began experimenting with drug use, smoking marijuana. It was a way of coping with being gay and soon after I became addicted.

After high school I got a chef apprenticeship and my drug use escalated to meth amphetamine. I also started to engage in very risky sexual behavior and I was only 20 years old when I was diagnosed with HIV. I didn’t handle it well and I relied more and more on drugs to cope and get me by. I had made a great mess of everything  and decided to move to Brisbane to start over, but I  felt home sick and  returned to Melbourne soon after.

I started to see a guy that was also HIV positive and we lived together for a couple years. My drug use was still a problem and the relationship started to fall apart.

I ended up leaving that destructive relationship, and this was the point where I realized I no longer had control over my drug use. I asked my GP for help and attended a drug and alcohol rehabilitation clinic for a month.

After receiving treatment, my life started to improve. I was able to secure a job that I love and have made some great new friends.

In 2013 I was diagnosed with Hepatitis C. I didn’t think that I was doing anything that had put me into a high risk category. But I decided to start treatment straight away.
The treatment for Hepatitis C was very rough and it affected my life in ways that I not prepared for.
Luckily I have cleared the virus now and I’m a lot more aware of the risks of Hepatitis C.

I knew HIV was going to impact my health, but the biggest challenges I have faced relate to my drug addiction and the social stigma of HIV and Hepatitis C.

Peter caught HIV in 1985 at the age of 18 in Melbourne after just two sexual risk exposures: unprotected sex…