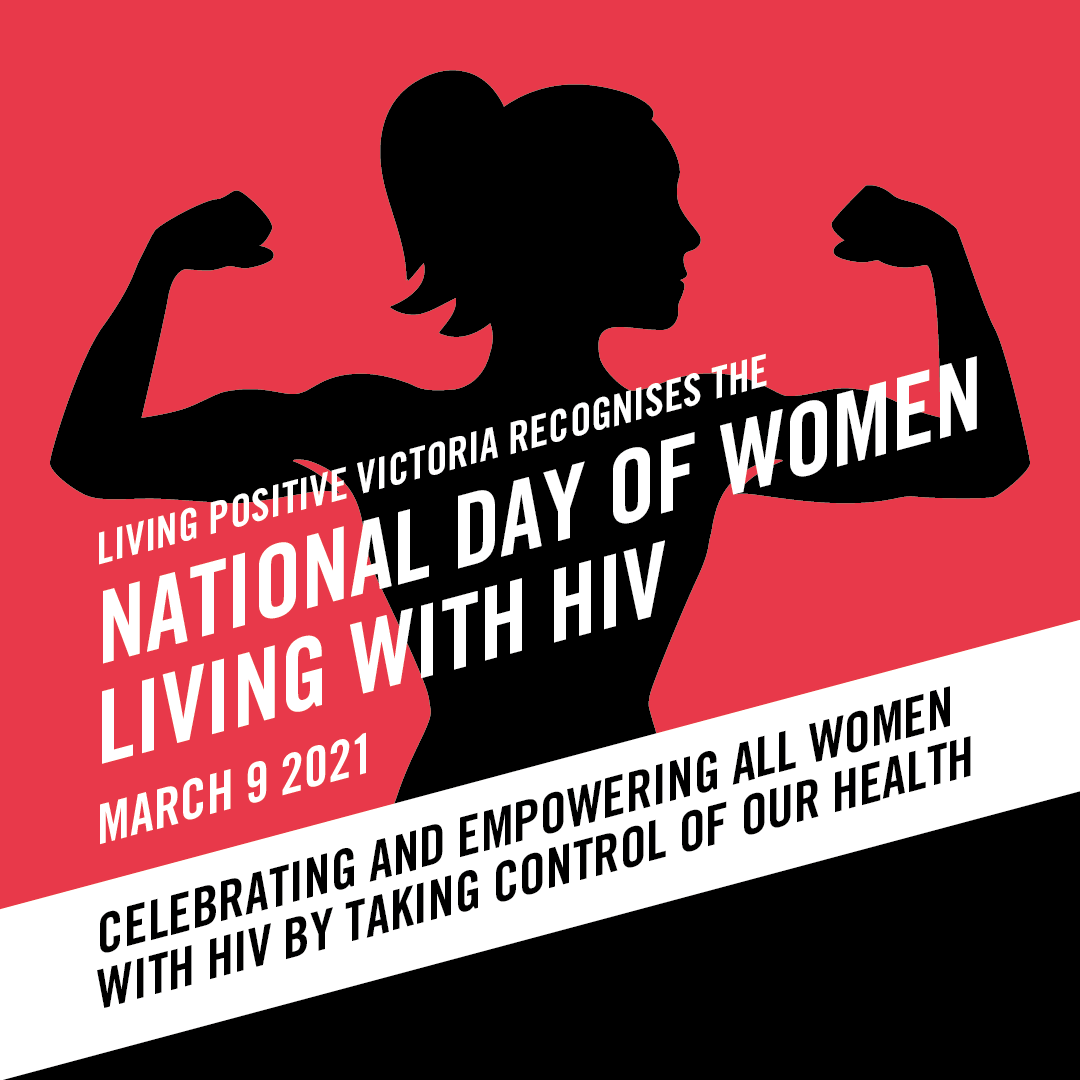 Each year, on March 9, Living Positive Victoria joins the National Network of Women Living with HIV (Femfatales) celebrate the lives of women with HIV in Australia.

Alongside Femfatales, we use this day to educate the wider community that HIV does affect women in Australia; and to speak to our network about issues of importance.

This year’s National Day of Women Living with HIV (#NDWLHIV) theme is: Taking control of our health because it is important for women living with HIV to focus on their sexual and reproductive health.

To echo Katherine Leane, Chair of Femfatale’s vision, “We also want to remind all women to prioritise their own healthcare and seek an HIV test as part of their routine health check. Women often forego their own needs to meet the demands of others they care for. Creating the time and a reminder to prioritise their health needs can only have a positive outcome.

Worldwide, there are 38 million people living with HIV and 21 million of these are women. The percentage is much smaller in Australia, with women making up only 10% of the estimated 37,000 people living with HIV in this country. With smaller numbers, women are often not seen as a priority. So, apart from feeling like an invisible minority, women’s voices are often underrepresented. Femfatales invites all organisations, agencies and groups interested in women’s health to hold a morning tea or similar event to show your support. We invite our Australian HIV State and Territory jurisdictions to commit to holding an event that will create an opportunity where women can ‘Celebrate, Advocate, Inspire and Empower’.”

Uplift the voices of Positive Women today by watching and sharing this inspiring series, ‘HIV is: Just a part of me’, created through a partnership with Gilead Sciences and NAPWHA:

and Michelle Tobin, Aboriginal woman of the Yorta Yorta Nation who is also a descendant of the Stolen Generation: