More Stories, Less Stigma: Sharing the stories of positive women for 2022 International Womens’ Day and the National Day of Women Living with HIV 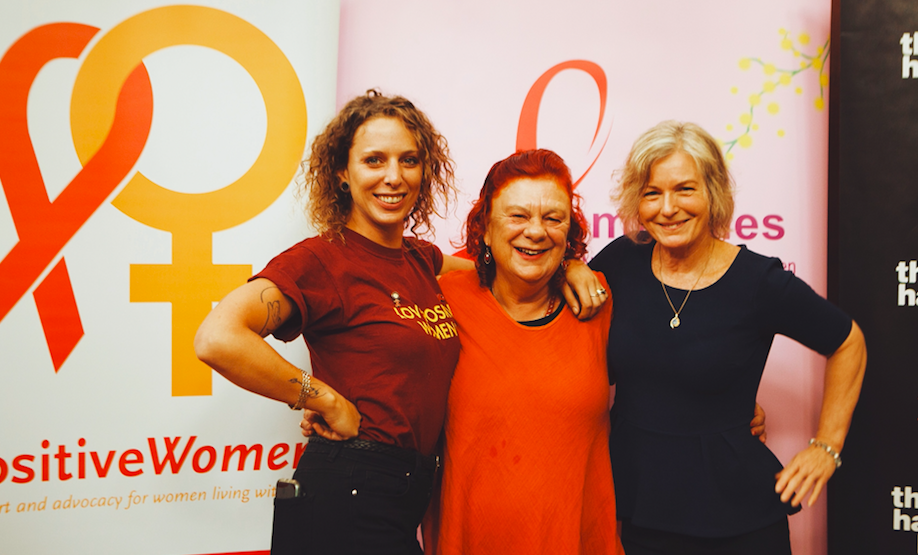 Coming the day after International Women’s Day is the National Day of Women Living with HIV on 9 March. The National Day of Women Living with HIV is an awareness-raising day created by Femfatales, a network of women living with HIV of the National Association of People with HIV Australia (NAPWHA). As members of the Positive community, Living Positive Victoria uses this day to acknowledge the experiences of living with HIV specific to woman-identifying and non-binary people. This year, we’re revisiting some of the amazing stories archived by our partner organisation, Positive Women Victoria. Their podcast, ‘Our Stories: Ending HIV stigma’, invites positive women to share stories about their life goals, navigating sex and relationships, pregnancy and motherhood in the era of Undetectable equals Untransmittable (U=U).

This National Day of Women Living with HIV, we feel lucky to share a glimpse into the dynamic worlds of our community—hearing from women navigating an HIV diagnosis within the African diaspora, experiencing motherhood, and reimagining a future where all women and non-binary positive people might flourish.

Throughout the series, the conversations move between celebrating the increasing ability to flourish while living with HIV and the vital work that needs to be done to address stigma and achieve equity in the community, specific to different cultural groups. Speaking to the podcast host Heather Ellis, a journalist and author, who has been living with HIV since 1995, guest Batsirai recalls her experience of receiving an HIV diagnosis in Australia after having grown up in Namibia, Zambia and Zimbabwe. “I don’t want to speak for all African women or migrant women but I know being an African woman, and there’s a common thread when they come here,” she says. “I think getting a diagnosis, it almost shocks them. You’re trying to navigate being somewhere some people feel like they don’t belong, and then you have this thing on top of that, and if there are some racial connotations to it—the feeling like oh, only black people have HIV and stuff like that. So some women internalise the layout of stigma within them, which may or may not be true. You just landed and now you feel like it’s a confirmation of your internal stigma and I think it’s also about the culture, the external culture, the external stigma that HIV hasn’t been normalised… I think it’s very hard when you’re coming, even from a different culture to have it, because yeah, there’s another layer to it.”

While she says more education is needed for the African community in Australia, both in prevention and addressing stigma, Batsirai urges that this work shouldn’t fall predominantly to HIV positive people. “It’s such a huge burden to put on people living with HIV to be the people that do this education,” she tells Heather. “So I think there’s more to be done in helping other migrants of different cultures.” Their conversation ends with Batsirai sharing a hopeful story of the transformative possibilities of HIV advocacy (albeit led once again by positive people) through the rejection of stigma. “There’s a video of young people [in Africa] that are now in the adolescence they were born living with HIV, and now they’re mobilising the community… It’s so powerful coming from people that were born with it… they’re actually leading the way to debunk the stigma.”

In the past, though having HIV had made Brittney feel “medically abnormal”, her experience in pregnancy and giving birth was free from stigma. It felt “really, really normal,” she reflects. However, when her doctor encouraged her not to breastfeed, the feeling of stigma emerged as Brittney navigated motherhood’s social expectations. “I don’t know whether it’s like a perceived thing, or whether it’s actually but you do sort of feel like you have to kind of stand by your decisions a lot,” she reflects. “And it’s not something I’d experienced before having a child, really, it doesn’t seem to apply to other aspects of my life at all… You seem to have so much riding on there in terms of what other people will think and say. So with the breastfeeding…I felt like every time I explained to anybody about why breastfeeding didn’t work out there had to be a sort of story attached to it, and I wasn’t really confident in the lie either. And I’m not a good liar. So it was just, it was kind of just I skated around the truth a lot, and it was just quite uncomfortable. But getting through that was really nice, then, and that was really the only issue really.”

“As more scientific evidence is gathered,” Heather reflects, “I know that within 10 years or maybe sooner, breastfeeding will be in the same way U=U is for sex now, and I really do hope that because the risk from research studies is like 0.3% but science really wants zero percent risk, we as mothers also want no risk and all that comes from time and from gathering that scientific evidence and now Australia has breastfeeding guidelines. So if women do want to breastfeed, they are supported in that decision.” Heather then asks why it was important to share her experience of HIV; as Brittney says, it’s a simple case of “more voices, more stories, more normality, less stigma. I just want to be part of that”.

While the conversation series exposes how stigma shapes the varied experiences of living with HIV, it also finds space to articulate what a stigma-free, equitable world might look like for women and nonbinary people living with HIV. For guest Charlotte, such a future would mean “every woman can feel that they can rise up.” Given more stories equals less stigma, these extraordinary women are shaping a future in which their communities can thrive.

“Equity can only exist when we all cross the line together” says Sarah Feagan, Peer Navigator at Living Positive Victoria and Co-Facilitator of PHOENIX and PLDi.

“When all women living with HIV have safe access to healthcare, sexual and reproductive health, safety in relationships and the ability to thrive free from gender based violence, stigma and discrimination.”

Executive Officer of Positive Women Victoria, Kirsty Machon, says that the success of the podcasts project, which has attained listeners from right around the world, showed that it was the sharing of experience which was a key to challenging stigmatising myths.

“Many people may not know a woman, or in fact anyone, who is living with HIV. Their attitudes or views may be informed by very outdated information. Hearing people share their stories honestly and openly may open up people to the era of U=U and effective antiviral treatment. We hope the podcasts are also an inspiration for women who are living with HIV, who may find value from the experiences of other women overcoming diverse challenges, and reducing the isolation and even self-stigma which may come with a new diagnosis.”

‘Our Stories: Ending HIV stigma‘ is hosted by Heather Ellis, a journalist and author who has lived with HIV since 1995. Original podcast music by Mark Daniel. Podcast artwork by Carolina Relander.

Names in this article have been changed.