LPV volunteers talk to strengthening the response against stigma this IDAHOBIT 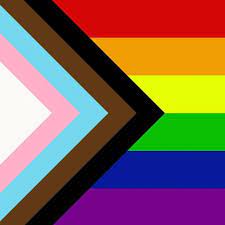 May 17 is the International Day Against Homophobia, Biphobia, Interphobia & Transphobia (IDAHOBIT), celebrating LGBTQIA+ people globally and raising awareness for the work still needed to combat discrimination.

To mark the 2022 IDAHOBIT,  Living Positive Victoria spoke to two of our volunteers about the urgency of addressing the stigma and discrimination that impacts people living with HIV who also identify or have experience as LGBTQIA+.

In the era of U=U, the efficacy of treatment as prevention means people living with can live healthy sexual and reproductive lives. Despite these advancements, stigma is still a significant issue affecting people living with HIV. It creates barriers to testing and isolates, disempowers, and internalises how positive people engage with others and the care we give ourselves. What’s more, the enduring and violent discrimination—medical, social and political—against people who identify as LGBTQIA+ can further increase the stigma and discrimination experienced by people living with HIV.

“Visibility is key in helping dismantle stigma and discrimination.” Living Positive Victoria volunteer, Daniel urges. “In putting a face to HIV, this step helps break down outdated and damaging ideas around who HIV positive people are. We are strong, we are beautiful, and we are human beings. We all deserve to be seen as more than our sexuality and more than our status.” Increased funding for anti-stigma campaigns could increase the visibility of those living with HIV could be supported.

It is integral that the way we address HIV stigma must consider how HIV intersects with other experiences of subordination, such as homophobia, biphobia, interphobia & transphobia.

“History tells us that being different by society’s norms has helped to spread stigma, misinformation, and even worse, HIV,” Living Positive Victoria volunteer Philip reflects. “By connecting the dots, we can start to view the world in all its diversity rather than through a narrow, heteronormative lense, and in so doing, we can be visible and show pride.”