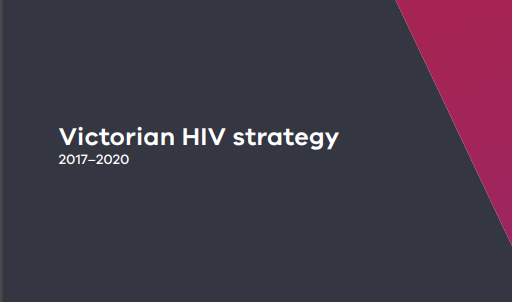 “We are encouraged to see a specific state HIV strategy for Victoria and commend the Andrews Government for seeing the importance in Victoria responding to a Victorian epidemic,” said Brent Allan, CEO of Living Positive Victoria.

“To have the elimination of HIV stigma and discrimination listed as priority objective of this strategy will be a driving force to achieve zero new transmissions by 2020,” said Allan.

So far this year (January 2017 – April 2017) there has been an 18 per cent reduction in new diagnoses compared to the same time period in 2016. Even though HIV continues to disproportionately affect gay and bisexual men, the Victorian HIV strategy reflects the changing complexity of HIV and includes women, transgender men and women, and gender diverse people as priority populations for the first time and is the first HIV strategy in the country to recognise this change.

“Every individual living with HIV has their own unique health challenges and understanding this is vital to ensure that no one gets left behind. We are looking forward to the development of a complementary action plan to this strategy that sets clear targets and responsibilities for all funded agencies and anticipate working together with all our partners involved in the HIV response in Victoria.”

The full media release can be found here

The Victorian HIV strategy 2017-2020 can be downloaded here