A Path to Equity for People Living With HIV 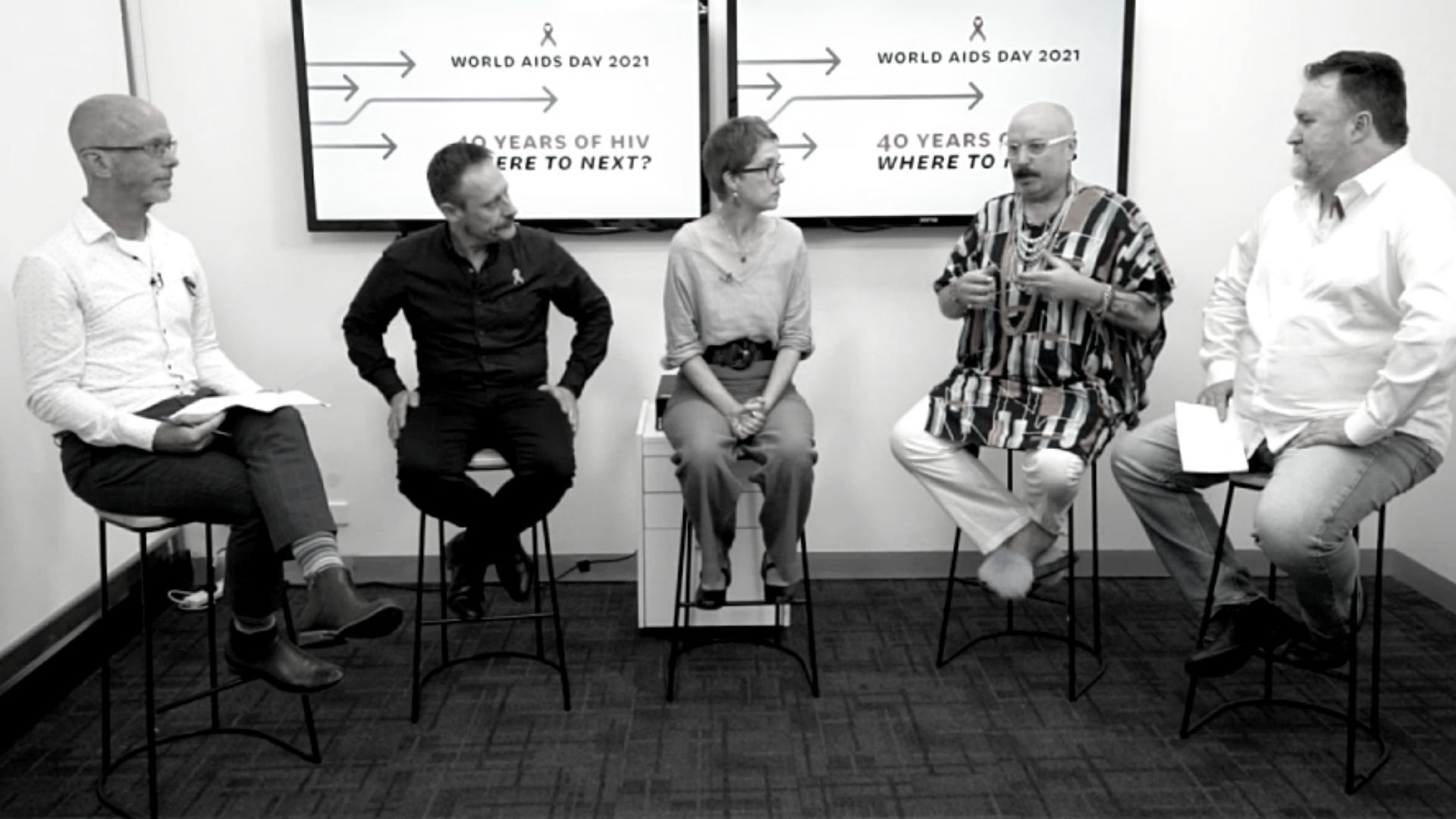 On December 1 2021, Living Positive Victoria facilitated the official community launch of World AIDS Day 2021, exploring the theme ’40 years of HIV: Where to Next?’ This theme reflects on the forty years since the virus we know as HIV was identified in the United States and explored the future of HIV. The event was opened by Living Positive Victoria’s new president, Craig A Brennan, who emphasised the need to focus on the challenges—and opportunities—regarding the intersectionality of HIV homelessness, financial security, wellbeing, and the stigma and discrimination still faced by Positive people.

“World AIDS Day aims to encourage Australians to educate both themselves and others about HIV,” said Craig. “By wearing something as simple as a red ribbon, you can show solidarity to those of us living with HIV. It can be a catalyst to conversations about why we still need to wear a ribbon, and a challenge to ongoing stigma and descrimination. I wear the red ribbon as an act of remembrance—for acquaintances, for friends, for partners that I have lost over these last forty years. Glorious, funny, intelligent, driven, irreverent people who have never, and will never leave my heart. For me, it’s also a symbol of great respect and admiration for the giants who refused to be silent or compliant, and shone the way forward. It is these people from which I take inspiration in working for a better future.”

In shaping this better future, we must lead with the principle of Meaningful Involvement of PLHIV and Affected Communities (MIPA). “Meaningful involvement raises the visibility of people living with HIV, and it elevates our voices and experiences to help decrease stigma and discrimination, said Craig. “The response to stigma and discrimination is everybody’s responsibility. Historically, this burden has disproportionately fallen on the shoulders of people living with HIV. As we move forward, we need to better develop frameworks of accountability to address this balance.”

“The response to stigma and discrimination is everybody’s responsibility. Historically, this burden has disproportionately fallen on the shoulders of people living with HIV. As we move forward, we need to better develop frameworks of accountability to address this balance.”

Associate Professor Jen Power of the Australian Research Centre in Sex, Health and Society then moderated a discussion with the Living Positive Victoria Speakers Bureau members examining this year’s theme. The conversation foregrounded the lived experiences of the panel participants, who highlighted how stigma is still a significant barrier for Positive People, particularly in medical spaces. “We need to get the message out there in the community, so people see it. If you talk about U=U, people will often look at you confused; they’ve never heard that term before,” reflected Heather Ellis, the Communications & Engagement Coordinator of Positive Women. “Most people still associate HIV with the days of the Grim Reaper; that’s where they still are. We need more awareness that people [with HIV] live long and happy lives. The world would be a better place.” The panellists also shared their own experiences with HIV, reflecting on how it has shaped them. “I am so proud of the person I’ve become by virtue of this. I’ve learnt from HIV that I matter,” said Darren, Positive Speakers Bureau member.

“I am so proud of the person I’ve become by virtue of this. I’ve learnt from HIV that I matter.”

In the final event of the official community launch of World AIDS Day 2021, Michael West, Manager, Sexual Health and Viral Hepatitis Program, Victorian Department of Health, moderated a community forum about the future of HIV, ‘HIV in 2031’ with panellists Brent Allan, ICASO; Kirsty Machon, Executive Officer, Positive Women Victoria; Richard Keane, Chief Executive Officer, Living Positive Victoria; and Simon Ruth, CEO, Thorne Harbour Health. While thinking through the future of HIV, the panellists foregrounded the importance of an intersectional approach. “What I would love to see the national government think about is a whole-of-government response. People who are struggling with mental health, with homelessness, with insecurity around their residency, how can you expect a future to be successful when you’re struggling day-to-day?” said Brent. As the numbers of HIV positive people in Australia decrease, what communities get left behind within that number? Richard put forward. “Instead of a reduction in stigma, will that magnify the stigma within marginalised communities?”

“In the future, anyone who does get HIV should know they can have a stigma free and good quality of life,” reflected Kirsty.

“In the future, anyone who does get HIV should know they can have a stigma free and good quality of life”

The World AIDS Day community launch participants articulated how there is still a vital need to raise money, increase awareness, fight prejudice, and improve education around HIV. As Craig put forward, “As the world marches forward, all of us must recognise the physical and emotional cost of living with HIV for decades. Ending the HIV pandemic also requires all of us to recognise and address the social challenges that block marginalised groups from equal access to services. At Living Positive Victoria, we are proud to serve all of our clients by helping them live authentically by providing tools that they need to stay healthy and included.”

Watch the full video below: