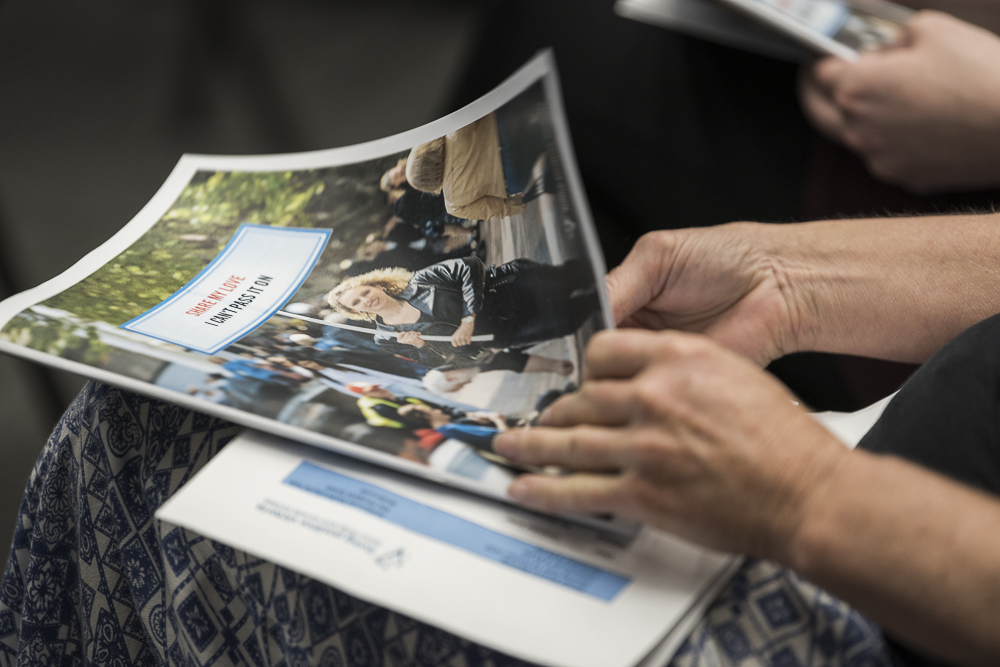 At this month’s Annual General Meeting of Living Positive Victoria, CEO Richard Keane presented the organisation’s annual report, acknowledging the work of the agency over the 2018-19 period.

Keane addressed the membership by saying what an “extraordinary” first year it has been for him as CEO of Living Positive Victoria. “The privilege of leading this organisation has allowed me to slowly start to move toward our shared vision of consolidating programs and staffing after an extended period of change and further integration of services post-merger with Straight Arrows to offer a broader range of relevant accessible engagement opportunities for all people living with HIV in Victoria.”

Highlights of the year included the work of our peer navigation team in partnership with high case load clinics; the ongoing co-facilitation of the Stanford Model of chronic disease management for people living with HIV 50 years of age and over; our continuing work with the Australian Research Centre in Sex, Health and Society around the implementation of the W3 (What Works and Why) framework across all of our peer support and health promotion activities; the emergence of a Spanish & Portuguese-speaking HIV peer support group, allowing people from these communities to bridge that sense of isolation and poorer quality of life outcomes often magnified by cultural and language barriers; and our role in Fast Track Cities, the HIV Cure Consortium, the HIV Cure Advisory Board at the Doherty Institute, the Victorian PrEP Accord, the Hepatitis C cure rollout and HIV intersections of community practice all enable the many issues that impact our lives to be addressed at the highest level of engagement.

Returning President, Adam Ehm outlined a range of initiatives undertaken during the year including the establishment of a Governance working group and a Fundraising and Development working group. These working groups have allowed for focussed action to be undertaken within their respective areas, particularly with regard to policy review. The President also provided updates on Living Positive Victoria’s engagement with peer-organisation, Positive Lives Tasmania and relationship developments with stakeholders and partners such as the Victorian Department of Health and Human Services and Positive Women Victoria.

The presentation of the annual Positive Community Awards are an opportunity for Living Positive Victoria and our community to recognise and celebrate the outstanding service, practice and support of individuals, groups and organisations. These awards reflect our efforts to advance the human rights and wellbeing of people living with HIV and empower all people affected by HIV to be part of the response that seeks to end the epidemic. This year, four awards were presented. Eliciting an emotional response from the membership for his personal story of resilience and personal growth, Craig Duncan received the Volunteer of the Year Award. Craig has been an active volunteer of the organisation and has participated in several of our programs, regularly attending community events, forums and other meetings. He is a member of the HIV Positive Speakers Bureau and has completed the Positive Leadership Development Institute workshop. He has completed our HIV peer education and support training and is now is a co-facilitator in the HIV Peer Support Network which is part of TAKING CHARGE, our HIV & Ageing Project. Craig has undertaken our Chronic Disease Self-Management Program leader training and is now qualified to co-facilitate these workshops. Through this engagement, Craig has established relationships and social ties and is now a respected member of the LGBTI and HIV community in Victoria. Craig is not only a support for his friends, family and peers, but his lived experience of HIV has contributed to organisational and community awareness and knowledge of HIV for people of different cultural and linguistic backgrounds.

A full account of the year’s achievements can be viewed in our 2018-2019 Annual Report.